2-4 player competitive party fighting game featuring a unique character controller that revolves around using grappling hooks to traverse the arena. Players get points by throwing knives at other players.

A 2 person project that was developed on-and-off over the course of a year. I was responsible for a wide variety of tasks but I’m most proud of the character controller I designed and implemented with design feedback from my partner.

While designing the grappling and swinging system, there were cases where it was unclear how the player should move, such as when the player was heading almost directly at the location they were grappling to. There were several rules I wanted the players movement to obey to ensure good UX but due to the nature of the problem I was going to have to make compromises.

I decided it would be best to approach the problem backwards; rather than think about the mechanics that would drive the movement, I would instead think about all of the possible movements and derive the mechanics from the most suitable movement. I sketched out different scenarios where it was unclear how the player should move, then mocked up dozens of potential trajectories for each one.

The solution that I ultimately settled on for this scenario was #5,
in which a player approaching head-on will have their grapple “break”, causing the player to be launched by their momentum.

The compromises that this solution made was that normally players decide when to let go of the rope so by automatically breaking it when players are still holding that input it feels somewhat jarring, additionally, this solution doesn’t put the player into a smooth swinging circle around the grapple which was desirable.

We had the opportunity to showcase the game at a local bar’s gaming event, where we were able to collect feedback from over 100 people with a wide variety of different experiences with video games, which was a great learning experience. 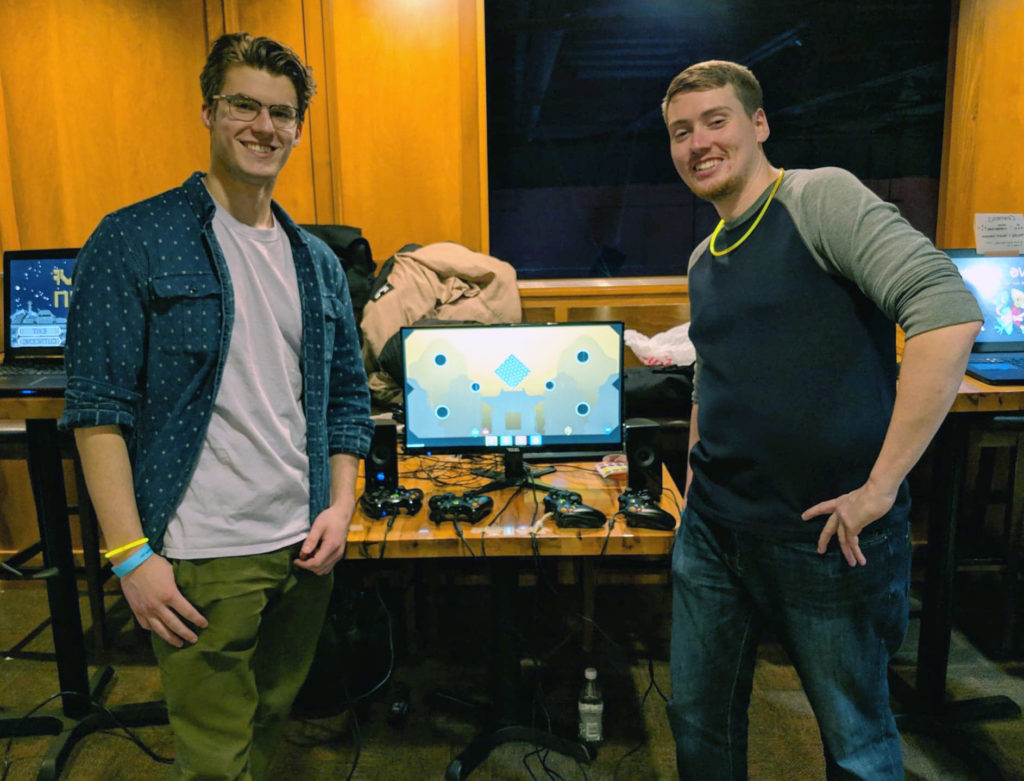